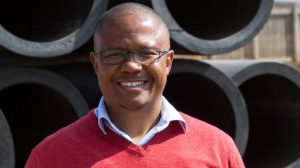 Infrastructure development at the Tambo Springs Logistics Gateway is continuing, despite the inability of State-owned freight logistics group Transnet to deliver on the construction of a rail terminal in the agreed time, says Tambo Springs Development Company (TSDC) CEO Tumi Mohulatsi.

In June last year Transnet announced that it had awarded a multibillion-rand concession to construct an intermodal rail terminal as part of the broader Tambo Springs development to the Southern Palace Joint Venture Consortium.

It was envisaged that the 20-year concession would see the consortium design, build, finance, operate and maintain a rail terminal within the logistics gateway.

However, TSDC,  as the landowner and master developer of the overall project,is pursuing its rights to ensure the terminal and private rail sidings proceed despite the delays, he notes.

He says TSDC is working with Transnet and some private rail companies, which he prefers not to name, on an alternative rail solution.

“The opportunity is still there,” Mohulatsi tells Engineering News Online. “The container volumes are still there to be captured on rail.”

He says that he cannot speculate as to why the concession agreement failed.

“Transnet sent us a letter to say that it did not quite succeed. We also realised early on that the agreement was not meeting its development timelines and that we had to look at Plan B.”

When completed, it will be the largest development of its kind in sub-Saharan Africa, doubling current freight logistics capacity in and out of Gauteng.

It will also have customs clearance and the benefits of a special economic zone.

Tambo Springs is an approved Presidential Strategic Infrastructure Project, focused on strengthening the corridor between Johannesburg and Durban, with a tripartite agreement in place between the Ekurhuleni Council, Gauteng Department of Roads and Transport (GDRT) and Transnet.

“The concession failure will have a short-term impact on the construction of the rail terminal in the precinct, but no impact on the development of the Tambo Springs multi modal logistics gateway and its vision as a whole,” says Mohulatsi.

The City of Ekurhuleni is currently in the process of installing R300-million of bulk infrastructure on the site.

Ina ddition, construction of the new N3 interchange and K148 road infrastructure by the GDRT will start this year.

“At a crucial time when South Africa needs bankable infrastructure projects to go ahead, the government needs to fast-track projects like Tambo Springs if they are to have a meaningful economic impact in post-Covid-19 South Africa,” says Mohulatsi.

“Now more than ever public-private partnership developments like this one are needed to ensure we capture the attention of the global logistics and freight world, as well as create jobs  and a new tax base, while also attracting foreign investment.

“It is estimated that 81000 temporary jobs and 110000 permanent jobs will be created over the life cycle of the project.”