Tambo Springs – Sod-turning led by the Premier of Gauteng

The development of a private rail terminal at the Tambo Springs Logistics Gateway (Tambo Springs) is gaining momentum following the commencement of the civil works on the terminal site and official sod turning by Gauteng Premier David Makhura and Ekurhuleni Executive Mayor Mzwandile Masina last week.

Technical and safety approvals for the terminal that sits at the heart of the 607 ha inland port development were granted earlier this year by Transnet Freight Rail and the Railway Safety Regulator paving the way for construction to start. A total of R350 million of bulk infrastructure is already being installed by the City of Ekurhuleni.

According to Tumi Mohulatsi, CEO of the Tambo Springs Development Company (TSDC), the landowner and master developer of the project, the local community has actively been involved in the site clearing of the 50 000 m2 terminal that is now clearly marked with white painted stones. “Tambo Springs is a next-generational inland port that will impact positively not only on the immediate surrounding communities, but the province as a whole,” he says, indicating that it is all systems go for construction of the terminal.

The dire need for a development such as Tambo Springs that will double the current freight logistics capacity of the province was highlighted in July this year when the country’s logistics network was brought to its knees by the violent civil unrest that broke out in Gauteng and Kwa-Zulu Natal. The development provides a large scale opportunity to solve road congestion in the country by utilizing the rail network more efficiently.

According to Public Enterprises Minister Pravin Gordhan, the government’s intention to allow third-party access to South Africa’s rail infrastructure will provide an opportunity not only for the growth of the freight transportation sector but also for the growth, transformation and industrialisation of the economy. “The time to construct and develop this logistics gateway and the private rail terminal is now,” says Mohulatsi. “The cost of logistics continues to escalate while incidents such as the civil unrest highlight the fragility of our logistics network that is highly dependent on road solutions.”

Speaking at the sod-turning event Premier Makhura emphasized the importance of getting more cargo onto rail. “We have to decrease road freight volumes and move more cargo to rail increasing the volumes between our manufacturing hubs in Gauteng and the various ports in this country. “This is a very important development. It is a 15-year long development. It is a mega-hub development. Tambo Springs has featured in every State of the Province address I have given since 2015 and the work that is happening here is critical for Gauteng.”

He said the R23 billion investment would play an important role in triggering other developments in the area impacting positively on the local communities by creating much-needed jobs.

A recent report on the development that will be home to Sub-Saharan Africa’s largest intermodal rail terminal found that the project would have a measurable positive effect on the Gauteng provincial economy, generating sizeable GDP over the short- to long-term, high additional business sales and new business formation and a considerable number of new employment opportunities – across all skill levels.

Early estimates indicate an R27.8 billion contribution to GDP, 3 858 new formal small, medium and micro-enterprise opportunities through the lifetime of the project and at least 244 112 jobs. According to Ekurhuleni Executive Mayor Mzwandile Masina, the development of infrastructure such as Tambo Springs, an approved Presidential Strategic Infrastructure Project, cannot be overemphasized considering the importance of manufacturing and logistics hubs in economic development.

“For an economy to grow in a sustainable manner it needs strong manufacturing capacity. The ability to consume and trade what you produce is central to economic sovereignty and the foundation on which developmental states are created.” He says Tambo Springs, located in the southern region of Ekurhuleni along with the road freight and rail corridor that links Johannesburg, Durban, Gqeberha, and Cape Town, will enhance Gauteng’s competitive advantage making it an attractive destination for local and foreign development. 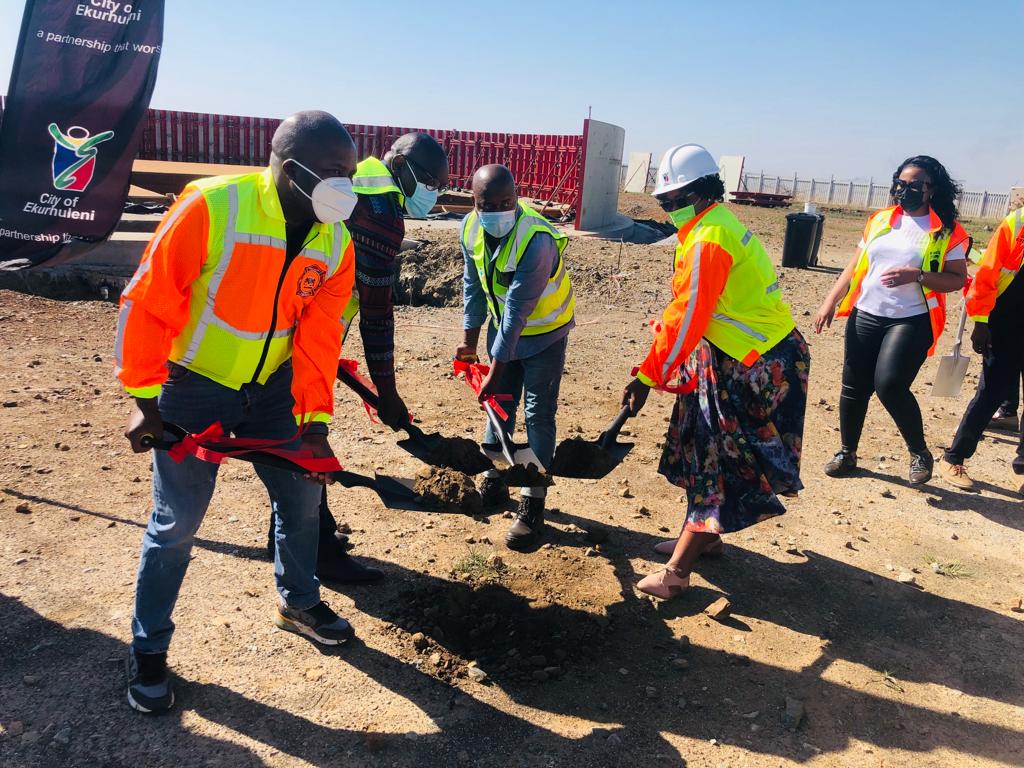 The development of a private rail terminal at the Tambo Springs Logistics Gateway (Tambo Springs) is gaining momentum following the commencement of the civil works on the terminal site and official sod turning by Gauteng Premier David Makhura and Ekurhuleni Executive Mayor Mzwandile Masina last week.

Scroll To Top
We use cookies to ensure that we give you the best experience on our website. If you continue to use this site we will assume that you are happy with it.Ok