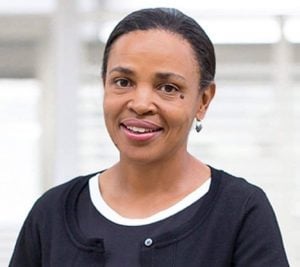 Transnet’s legendary inefficiency and high-handed attitude have cost the economy dearly. The new CEO seems determined to drag the monopoly into the 21st century. Her success, or lack of it, will help or hinder South Africa’s economic recovery.

Transnet group CEO Portia Derby has made important appointments to the top management rungs at the state-owned port and freight rail operator as she sets about transforming the company into a model of good governance and operational efficiency – optimistically speaking.

The recent appointment of Dr Andrew Shaw to the strategic planning portfolio, among others, will add capability to her team.

This is not a moment too soon.

The revitalisation of railway services for industrial logistics is an important step in improving the competitiveness of South African industrial and agricultural producers, who export 40% of their production.

It is also important given the changes that are mooted in the transport sector. The draft white paper on rail policy suggests that government will permit competing train operations on the rail network and the gazetted Single Transport Regulator Bill is a stepping stone to achieving this.

However, the big picture is being ignored while the 10-year wrangle between Transnet Port operations and the road freight fraternity continues, to the detriment of the efficiency of SA’s ports, in particular the critical Durban port.

The lack of concrete data and the failure to take a holistic view of the situation leaves the port operations people grappling with problems within their own fence, dependent on some interest from head office for funds or provision of professional expertise to resolve them.

The cost of this inertia is astronomical. For instance, road transporters stand for an average of six hours for every box collected, according to the Durban Harbour Carriers Association. At $20-$22 (R300) an hour, the delay costs transporters a staggering R2.2-billion a year.

To this must be added the shipping delay of about 2.4 days per port call. At a very conservative $12,000 a day, this amounts to a further $23-million (R322-million a year). If a mooted $100 per box delay surcharge is added by the shipping lines, this will aggravate the present high cost of using the port of Durban compared to other regional ports.

This has now been aggravated by the Covid-19 pandemic interventions of the police and army so that on 1 May 2020 there were 42 ships at anchor off Durban.

The cost of the delay in delivery of the cargoes into the inventory of the consignees amounts to a further R720-million a year, according to our research, bringing the total cost of the port inefficiencies to R3.25-billion per annum. As this is presumably recovered from industry, the effect on the South African economy is serious enough to warrant more positive action from Trade, Industry and Treasury officials. It should change the perspective of those in high places on the urgency and the lack of serious attention to addressing the problems.

The recommendations of the Road Freight Strategy, approved by Cabinet, have yet to result in action, and the pandemic is not helping, but there is an urgent need for professional analysis of the problem and the design of integrated solutions to improve the efficiency of the back of port landside operations. Mooted plans to stage vehicles at various points amounts to simply kicking the can down the road instead of focusing on modernising the port handling system.

The persistent inertia in resolving the long-standing problems around the port of Durban may be contrasted with our neighbouring countries where massive plans for port improvements to support industrial growth and employment are taking shape.

Investments in port infrastructure in the region include Walvis Bay ($4.2-billion), Maputo ($2-billion), Beira ($290-million), Lobito ($1.8-billion) and Nacala (port and rail $4.6-billion). Matadi has a R2.5-billion project for port, road, and rail to Kinshasa and further afield, Berbera has Dubai Port World in a “build operate transport” upgrading of the port for $441-million.

It is of particular note that most of these developments are being expedited by holistic commercial contracts with professional port development and management companies.

Nick Porée is a transport economist and freight transport consultant. His company, NP&A has for the past four years been engaged in cross-border and corridor policy and performance studies in sub-Saharan Africa.